40 and No Longer Pregnant 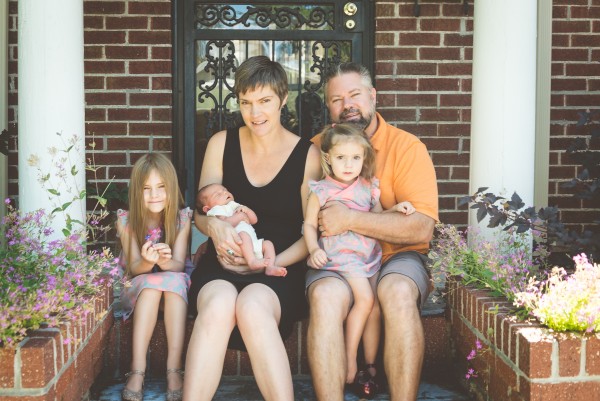 I thought I was going to write a post about being 40 and pregnant with my fourth child. It never crossed my mind that the outcome would be anything other than a baby.

I have 3 children. I had kids later in life but have never had complications beyond minor ones in delivery. I had all of my girls at a birth center and though I came close to being transferred to the hospital, it never happened.

I had just given up on the idea that we would have a fourth child when I found out I was pregnant. Our youngest is 2 and a half and we weren't going to wait that long, but we moved halfway across the country and changed our lives. I was looking forward to having a preschooler and two kids in elementary school.

Then one Sunday morning I woke up to some bleeding that felt like my period. I went back to sleep but woke later when it happened again. I was concerned, but not sure what it meant.

I worried all morning and though there wasn't much blood, it didn't stop. It didn't seem right but I kept reading things that said some bleeding was fine. After lunch I put the kids in their rooms for quiet time and told my husband I was going to Urgent Care.

I still couldn't even wrap my head around the idea that I might lose the baby, but I also felt like I had to go in and figure out what was going on.

When I walked into Urgent Care, I had to say "I worried I'm having a miscarriage." It was so horrible to say it out loud. I couldn't even get it out without crying. The sweet girl at Urgent Care had me wait while she went to talk to the doctors and then she came out told me they weren't equipped to do a vaginal ultrasound so they suggested I go to the hospital, though of course they would admit me if I wanted but would likely have to transfer me.

I chose to go to the hospital. I was crying the whole drive over because it felt so much more real that this might actually be a serious situation and I was freaking out. Then I was worrying about having to call my mom away from her plans to meet me at the hospital and pick me up.

I was angry when I got there because there was nowhere to park near the entrance I needed. I had to park at a meter and then walk a long way.

I went into the Women's Health entrance and they told me where to go. I went there and stood around anxiously waiting until finally someone stopped what they were doing and asked what I needed. I had to say it again, "I'm worried I'm having a miscarriage." She said I needed to go to the ER and she would take me there.

There I had to say it a third time. I was appalled when I told the person checking me in what was going on and she said it probably was a miscarriage.

I was taken to a room with a door and initial checks gave me hope that things were ok. Mostly I sat alone waiting. Eventually I was brought in for an ultrasound. I was told to empty my bladder and warned that she wouldn't be able to tell me anything.

So I endured my first vaginal ultrasound, which I hadn't even known was a thing. It is what it sounds like.

When it was over, I was brought to a waiting area where I sat in a chair in a small area with a curtain in front of it. After waiting alone for awhile, someone came out and told me "Yeah, the baby has no heartbeat."

I don't remember what else they told me, but then I had to wait some more until someone else came out and told me that there was a medicine I was supposed to take. I was told I could take it at home or be admitted to the hospital. At that point I just wanted to go home, so that it what I chose. I didn't ask any questions because my mind was not working. I had no idea what I was doing, all I knew was that I need to get out of there and I wanted to go home.

I was supposed to pick up my prescription on the way home.

I stopped, had to wait for someone in front of me to get helped and then was told my prescription wouldn't be ready till the next day. I was so devastated at this point it just seemed unbelievable and all I could say was "Fine.".

As I was walking out of that grocery store, I could feel my miscarriage starting. It was horrible. I cried my way home and into the house where I collapsed against the counter sobbing. I caught a glimpse of my reflection in the window and saw that the whole back of my jeans was covered in blood, which just made me sob harder.

Thankfully no one else was home by then. I didn't want my kids didn't see me like that. By the time they got home the worst of it was over and I was just a shell of myself.

What I didn't know before was that of course you can still have pregnancy symptoms in the days after a miscarriage. For me this meant I still had a heightened sense of smell. I could smell that smell that comes when you have a baby, but there was no baby. I hated it.

Those first few weeks afterwards I was angry. Angry at the way I had been treated, the lack of information at the hospital, how I was sent home with no information and no clue what I was in for.

I was also angry about the word miscarriage itself. What does it even mean anyway? I missed my carriage? Nope. Not even close. My baby died, that’s what it means.

I told my husband this and he told me it’s because then it would be political. Because of the word baby.

You might also be subjected to medical tests you were previously unaware of. When I had my second vaginal ultrasound to confirm the miscarriage was “complete” I felt so violated. I had 3 children and never had to have one. Now I have no baby and I have to do this? Again?

It was actually my choice I just didn’t realize when I chose ultrasound that this was what they were talking about, I forgot it was even an option. Because again, my brain wasn't working properly. I was still working on the grief and anger.

Talking about it helped me though. It was the thing that helped the most. Being able to talk to my family about it and have them support me. I needed all the support I could get.

They were the only ones I wanted to talk to though. I didn’t leave the house for the first few weeks (except for doctors appointments). I didn’t know what to say to anyone else. I was afraid to make small talk because I was worried that I would just say what I really wanted to say, which was that my baby had died. But you can’t go around telling strangers that or they will think you’re a little unhinged, which you probably are if your baby just died.

I still feel like miscarriage is not a great word, but I am probably not as vehemently opposed to it as I was when I was going through it. It just makes it so easy to dismiss when it’s this word that you don’t have any understanding of.

One of the things I told myself when this all happened was that I would talk about it, so I'm glad to have the opportunity to do so here. I needed to get this experience out so that other women would know they weren't alone. So they would know that there is no "better" way for this to have happened to them. But you can find a way through it. You can take comfort that you're not alone. We know what it's like and we're here for you. 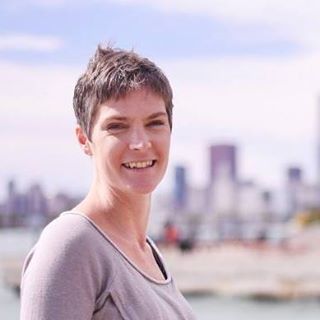 Rachel Bowman is a mom to 3 girls. She recently ditched her full-time job to move to the Midwest and become a life coach for moms. She thinks being busy and overwhelmed is lame and believes in simplifying everything so we can actually enjoy our kids. You can find more from her at

Why I Detest The Word ‘Miscarriage’
7 things I learned after 2 miscarriages in 1 year
Saying Goodbye: My Silent Miscarriage
advertisement

Why I Detest The Word ‘Miscarriage’
7 things I learned after 2 miscarriages in 1 year
Saying Goodbye: My Silent Miscarriage