Kids are nothing if not impressionable. When they see me get home from work, plop down at the computer, and spend the night scrolling through Facebook, then guess what they’re going to do after school?

At first, that might sound like a non-issue. Shouldn’t kids get acquainted with social media sooner rather than later? Is chatting online really that different than doing so in person? Although researchers are just beginning to explore the link between social media use and mental health, studies suggest that digital interaction really is different. Research published in Clinical Psychological Science found a strong correlation between mental illness and smartphone use. The authors point out, for instance, that suicides among adolescent girls grew by two-thirds between 2009 and 2015, mirroring the rise of smartphones.

What Parents Can Do

There are apps like Mappen, that a friend recently recommended to me, that can actually encourage less screen time. However, similar to other platforms it’s up to parents to promote healthy habits so they are only used for good. To help kids use social media responsibly:

Kids have a rebellious reputation for a reason: If you give them a hard “no” on social media, they’re unlikely to listen. In fact, they’ll probably spend every moment they can secretly networking online. Instead, let them join the social media sphere — with the condition that they limit their use to a certain number of minutes or hours per day. Although the Clinical Psychological Science study didn’t suggest a hard limit, it did point out that the risk of kid depression and suicide rises in tandem with screen time. What if your kid won’t stick to that rule? Get an app like Space or Moment, each of which show users how much time they and their family members are spending on certain devices and apps. If you want everyone to stay off social media during dinner, for instance, you can set timers to block notifications or app access during that time.

Maybe it was when I realized one of my nephews using his smartphone while he was brushing his teeth, but I’ve started making sure we avoid habits that can make you use the phone all the time.The trouble with those habits is that smartphone use releases dopamine, which causes our brain to crave more of the pleasurable activity. As a result, we’re tempted to surf social media when we should be sleeping or preparing for the rest of the day.

Although it’s up to you to decide which hours of use are acceptable, experts suggest putting the phone down at least an hour before bed. Apply that same rule to your mornings: Give yourself at least an hour to take in the tangible world before turning to the online one. If you struggle to stick to those rules, get an alarm clock other than your smartphone. If that doesn’t do the trick, keep digital devices out of the bedroom entirely.

Even if we didn’t know the term for it, we’ve all experienced fear of missing out, often referred to as “FOMO,” on social media. When you’re sitting in a basement scrolling through photos of colleagues’ tropical adventures, it’s tough not to compare your own circumstances to all the fun they seem to be having.

When you find yourself in that situation, go talk to your kid. Rather than a warning or instruction start the conversation with an admission. Describe what you saw, how it made you feel, and how you healthily resolved your feelings. You might say something like, “When I saw my friend’s photos of her Hawaiian vacation on Facebook, I felt like she’s always having more fun than I am. But instead of moping about it, I started planning our summer vacation.”

Social media use might seem harmless, but it can quickly take over kids’ — and their parents’ — lives. Before either of you surf your way into a mental health issue, set boundaries. It may be a struggle at first, but both you and your kid will someday be glad you did. 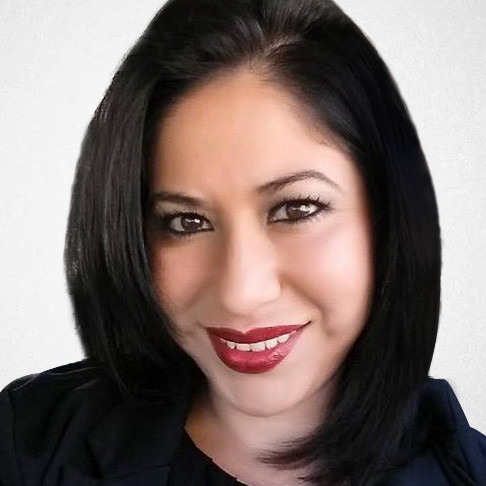 Professionally I'm a Chief People Officer that loves figuring out ways to motivate people. At home, I'm Momma Sofia and I love to create content around experiences and lessons that have helped me become a better person.

3 Ways A Parent can Tell Child To Build Mental Strength with Smartphone
Teach your Child to Microvolunteer on Social Media: 4 Things to Remember
4 Tips On How Teens Can Keep A Healthy Self Image from Dr.Nina Bal
advertisement

3 Ways A Parent can Tell Child To Build Mental Strength with Smartphone
Teach your Child to Microvolunteer on Social Media: 4 Things to Remember
4 Tips On How Teens Can Keep A Healthy Self Image from Dr.Nina Bal