10 Things I Didn't Know About T-Ball 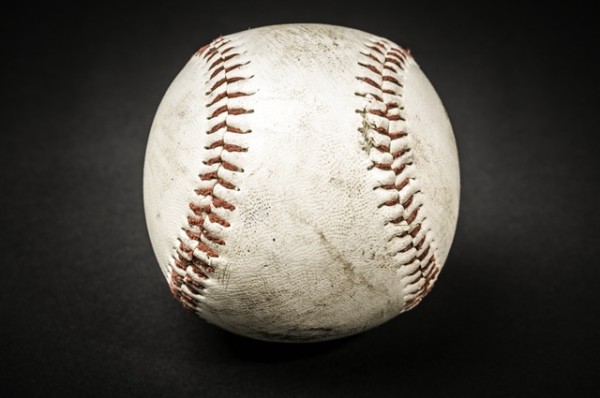 I signed my four-year-old daughter up for T-ball. For those of you laughing, let me explain. I thought it would be a fun summer activity and a free t-shirt. Lots of running, dirt and sunshine- the stuff great summers are made of. Now, three practices in, I’m questioning my sanity. Let me tell you what T-ball is really all about.

1. Crying. Tom Hanks was wrong. T-ball makes you cry for several reasons. The ones I have witnessed include, painful shoes, being “sweaty”, flying bugs, and being four-years-old.

2. Lots of adult instruction. It takes no-less than three adults, providing nearly constant direction, to get a child to do anything T-ball related. And then the outcome is still iffy.

4. Picking dandelions or other obnoxious weeds. That’s why they have gloves, for collection purposes.

5. Playing in the dirt. It doesn’t matter what’s going on, after 30 minutes of “practice” every kid on the field has reached their capacity for T-ball related information. Unfortunately, T-ball practice lasts for an hour, so there is plenty of time to build a village of ant hills.

6. Coaches explaining how to hold a bat. Repeatedly. For an hour. For the record, my kid still doesn’t know how to properly hold a bat. Or where to stand while holding a bat. Or what to do with a bat. So, you could say, it’s going well.

7. Exploring the wonder, that is, a ballpark bathroom. I think we all know that kids have to pee everywhere they haven’t peed before. For those of you not in-the-know, ballpark bathrooms are wet, dirty, spider dens. It’s basically the stuff nightmares are made of.

8. Thirst. I have never seen a child as thirsty as one that is supposed to be practicing T-ball. Every three to four minutes they pop into the dugout for a drink. You would think they had spent days wandering in the Sahara.

9. Ridiculous amounts of T-ball “accessories”. My kid doesn’t know which direction to run when the ball is hit, but she could share a bat bag with the Kansas City Royals. “It is recommended that the girls have cleats”. Yeah, wouldn’t want anyone to lose traction while twirling.

10. Ridiculous behavior not related to T-ball. While the entire team practiced running the bases, my kid spent three minutes peering down the hole in the top of a traffic cone. True story.

I have a new-found interest in the weather and may, or may not, have googled “how to rain dance” yesterday. This whole T-ball thing just goes to show, the first kid really is a test run. Her little brother will be waiting a few years before we attempt the ridiculousness of youth sports, again.

So, our first game is next week. It will be warmer by then, and chances are good the girls will sweat. We are pretty much guaranteed to see tears. I’m still trying to figure out how I will convince my kid to wear the required “itchy” pants and knee high socks. I’m sure we will both cry and a bottle of wine will be involved in my post-game celebration. But whatever, Go Flamingos!

Anatomy of a Little League Game
Batter Up! Tips on Youth Baseball Gear
What Happens When We Step Back as Parents?
advertisement

Anatomy of a Little League Game
Batter Up! Tips on Youth Baseball Gear
What Happens When We Step Back as Parents?