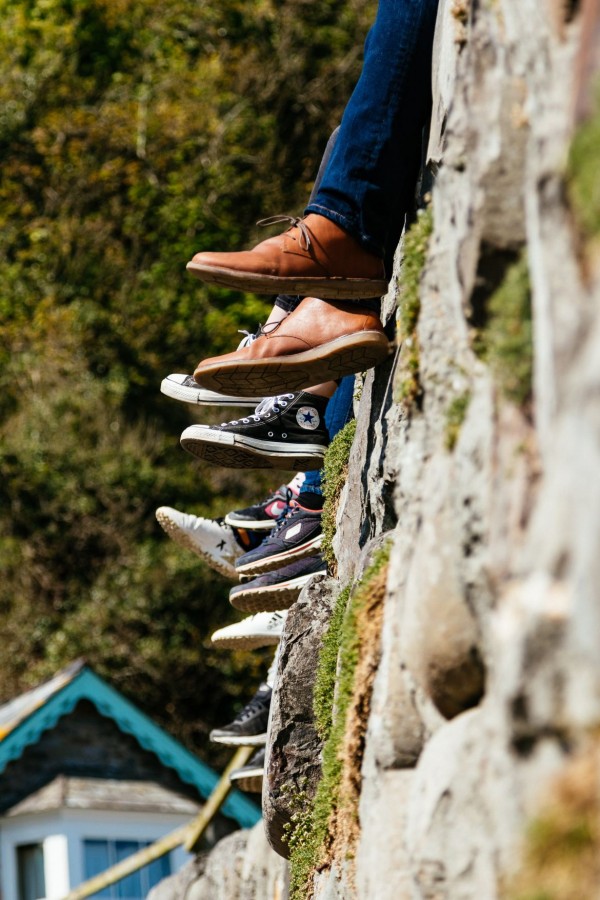 As the mother of three teenagers, I have come to realize two very important things about life when your child becomes a teen. One, no matter how much you try to prepare for it, the “teen” in your child will sneak up on you like a great white shark coming in for the kill. And two, if you don’t keep a sense of humor about it, you’ll be blindsided and swallowed whole like an unsuspecting plankton swimming blissfully in the ocean.

I don’t mean to be quite so melodramatic. Truth be told, life as a parent of a teenager isn’t really so bad, if you’re prepared, that is. So, to make your life just a tad easier, I’m going to give you the absolute best advice to help you skate through the next seven years like a pro.

Here are 10 things every parent should do when their child becomes a teenager:

Step into any boys locker room in middle school and you’ll understand what I’m talking about. Life with a new teen, to put it bluntly, is just downright smelly. They haven’t quite adjusted to the idea that they even need deodorant, let alone remembering to use it every day. And, if you’re not careful, the wafting of the odor has a way of permeating every crevice of your house, so it’s a good idea to stock up on a lot of deodorant as soon as you can.

Teenagers love changing clothes – a lot. And, since they have absolutely no recollection of what they’ve actually worn versus what was tried on and subsequently thrown on their floor, they typically end up throwing everything on their bedroom floor in the laundry basket. So, a good rule of thumb here is, the bigger the laundry basket, the better. And, you can forget about ever seeing the bottom of the laundry basket – it basically becomes a never-ending sinkhole lost in a chasm of dirty clothes. Just buy the mega size bottles of detergent at Costco and keep your washing machine going 24/7 and you’ll be just fine.

Buy a Bigger Car for Groceries

If you haven’t figured this out yet, teenagers are eating machines. From the moment they wake up until the time they go to bed they’re eating or munching on something. So, for all you Prius owners out there, if you have any hope of fitting all those groceries in your car you might want to consider trading it in for a larger vehicle – like a Chevy Tahoe – something capable of holding the size of a small canoe.

I honestly can’t emphasize this enough. When a child turns into a teenager their brain is apparently so busy growing that certain tasks that they once knew how to perform quite well are temporarily placed in a holding file until they reach adulthood. Things like folding clothes, putting things away in a drawer, putting the shampoo top back on the bottle and replacing the toilet paper roll is a thing of the past. Essentially, they become, well… slobs. The important thing here is not to panic. If the pile of stuff on their floor is less than six inches deep you’re actually doing alright. I would suggest, however, opening their bedroom door every once in a while just to make sure you haven’t traumatized the cat by trapping him inside.

Be Prepared to Cash Out Big Bucks for Cell Phones

In the last six years, my husband and I have hashed out cash for ten cell phones. You think I’m kidding, but I’m not. Teens are clumsy – and forgetful. If they aren’t accidentally dropping their phone in the toilet or jumping in the pool with it, they’re dropping it on the concrete or smashing it in the door. But, if you’re one of the lucky ones who has a teen that isn’t clumsy or forgetful with their phone, don’t get too excited. You’re still not out of the woods. Chances are you’ll constantly be asked to buy the latest and greatest cell phone every couple of years. In our house, every time iPhone makes an announcement that they’re launching a new phone, my husband hides the checkbook. 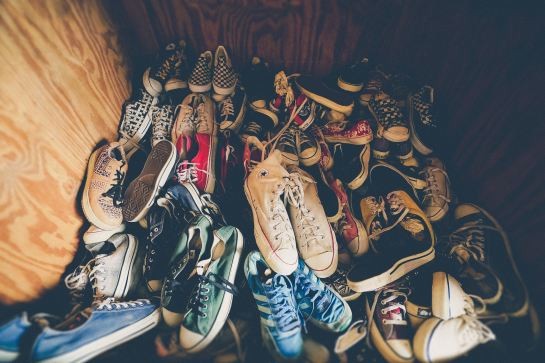 If you thought for one moment that your teenager would continue to interact with you like a normal human being once they become a teenager, you might want to brace yourself. Their cell phones take center stage in their lives as their new best friend. There’s an invisible tether that bonds the two together like glue. Try to separate them and you’ll regret it. And, the idea of establishing any real eye contact with your teen ends up being a fleeting memory unless, of course, you duck way down next to their cell phone in hopes of getting a quick annoying glance, which is the best you could hope for under the circumstances.

Throw the Word “Clean” Completely Out of Your Vocabulary

I used to take pride in my home. I loved the sparkle of a clean kitchen and I loved seeing those tracks in the carpeting when I finished vacuuming. Now, I strive to clean just one room at a time which means that on any given day, during any given month, during any given year, my entire house is never clean all at the same time. It’s a trade-off, teens or a clean house. The two shall never meet. Teens are messy and, honestly, I’m convinced they just can’t help it. Even with a plate under their food, they still manage to leave a trail of crumbs behind them. It’s actually quite fascinating to watch.

Track Them So You Don’t Lose Them

While some parents opt not to choose this mechanism to keep tabs on their kids, I for one, find it very useful and comforting. Without it, I’m sure I’d lose them in the abyss. You know why? Teens are quick. Just like they were when they were toddlers, they never stay put for very long. So, while they may tell you that they’re going to their friend’s house for the afternoon, what they aren’t telling you is that they’re actually going to twelve different friend’s houses. Keeping up with them once they start driving is like trying to chase a racehorse in a golf cart. It’s just not going to happen.

Teenagers aren’t big on affection. Oh, sure, every once in a while you’ll get a sweet hug or a “hey mom, will you rub my back?” (which, of course, you jump at the chance) but, more often than not, they’re far too “cool” to be giving and receiving any form of affection. Your best bet is to buy a dog. At least that way you’ll have someone to greet you when you walk in the door and someone who actually makes direct eye contact with you from time to time.

Tell Yourself Over and Over “This Too Shall Pass”

Life with teenagers can be challenging and exhausting, but it can also be extremely rewarding and fun. Try not to sweat the small stuff, pick your mountains to die on carefully, listen before you react and relish in the changes in their lives. Most importantly, when you do have challenging days, keep telling yourself over and over, “this too shall pass,” and keep it in perspective. After all, the memories you’re making today are the stories you’ll be telling your grandchildren one day.

Traveling with Teens? Pack a Sense of Humor and a Chill Pill
5 Tips for Vacationing with Teenagers
10 Safe Driving Tips for Teens
advertisement

Traveling with Teens? Pack a Sense of Humor and a Chill Pill
5 Tips for Vacationing with Teenagers
10 Safe Driving Tips for Teens