Published by Cheyanne Holzworth-Bany on October 5, 2015 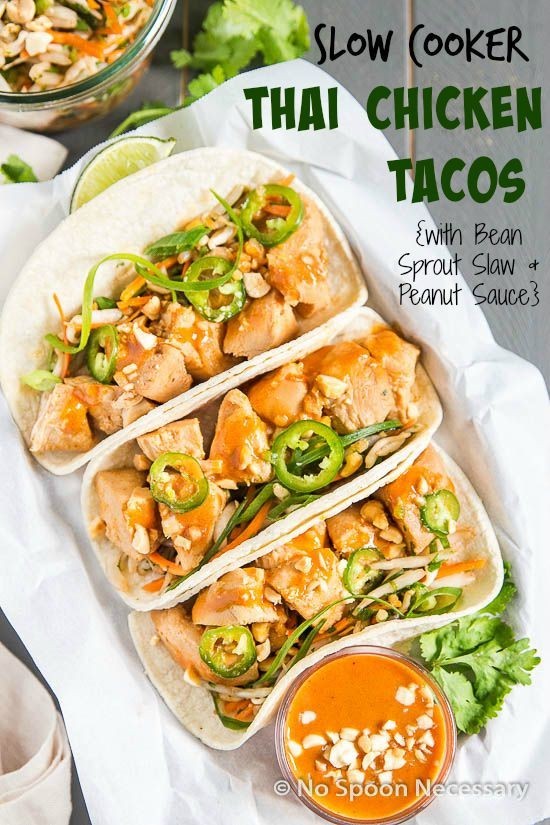 *Cue happy dance to Back in Black here*

Did you miss me? Probably not. But, I deeply missed you! #OneSidedRelationship #I’llBeFine

What have you guys been up to?! If you are a blogger, I know what you have been up to – creating tasty, fall inspired recipes that have been the cause of many-a-drool-sesh over here in the office at SuBourbon Country Cottage. 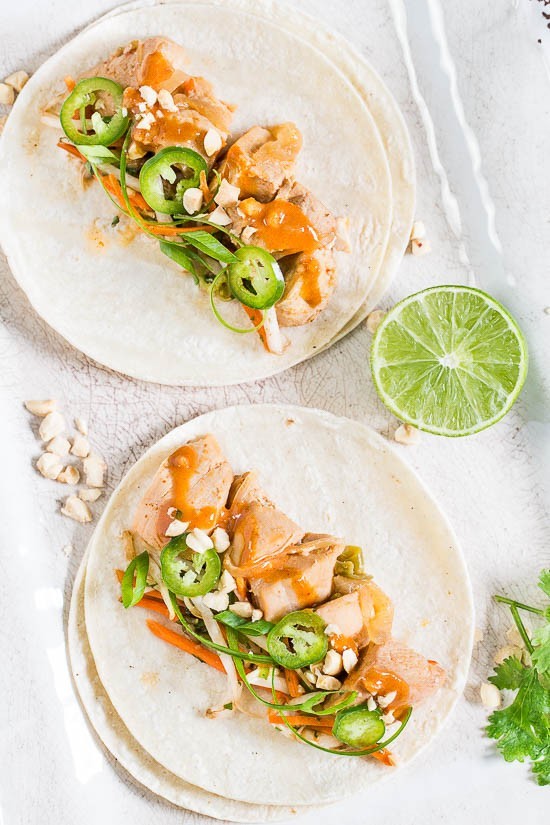 As for me, most of my plans were scrapped by the monsoon that has been unrelentingly down pouring daily since I decided to take my culinary creativity sabbatical. I kid you not, it has been overcast, muggy and rainy for almost 2 straight weeks. So much for taking time to get inspired! All I have been inspired to do is stay in my pajamas and crawl back into my bed, which is now adorned with fancy new linens. The new bed set is courtesy of one of the shopping trips I took with my MIL while on “leave”. Aside from shopping for house décor, I spent most of my time ‘pleasure cooking’ for myself and boy. But, I did also test and develop recipes for you guys!

Today’s recipe is the first one I started working on after I bid you all a short adieu – Slow Cooker Thai Chicken Tacos with Bean Sprout Slaw & Peanut Sauce. 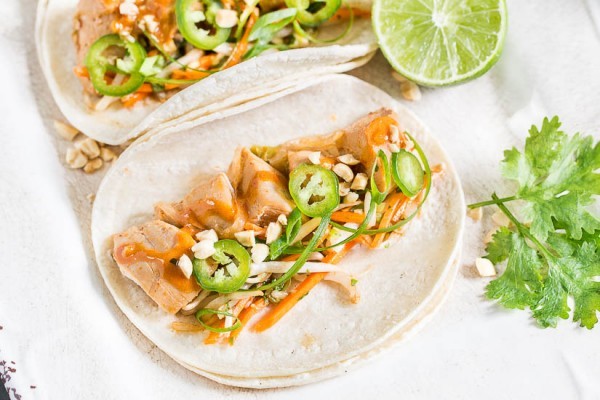 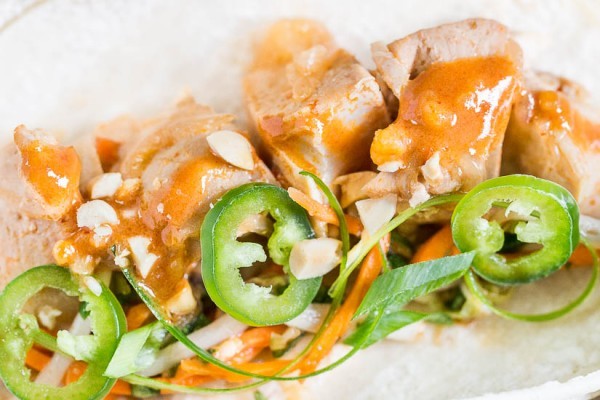 Since I was exhausted, like most of you mothers out there are on the regular, I wanted to create something quick, relatively easy, but seriously tasty and comforting. And I wanted tacos. Because… tacos. (<– Self-explanatory) These Thai Chicken Tacos ticked off all the boxes, in all the right places, and then some.

The cubed, slow cooked chicken breast is super tender, savory and perfectly juicy. The chicken stays moist from the well-seasoned cooking liquid comprised of stock, coconut milk, some thinly sliced veggies and other Thai flavored nom noms. However, if chicken thighs are more your thing (they are mine, but Boy prefers white meat), definitely feel free to substitute boneless skinless thigh meat for the chicken breast! 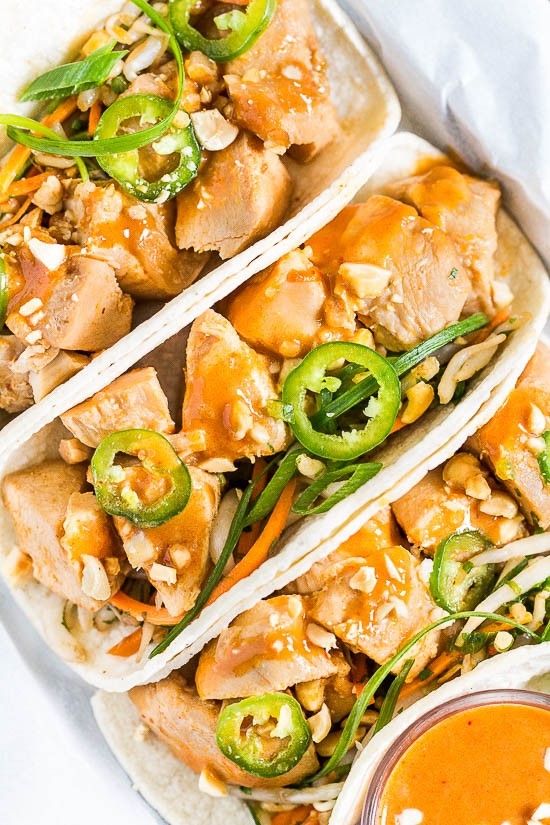 Now, I won’t lie to you. At first, I was eating the slow cooked Thai chicken straight from the slow cooker with a fork. And you can totally just serve this, as is, over some rice or noodles. Shoot, you could even throw the noodles into the slow cooker when there is about 45 minutes left and let them cook in there! The recipe, as written below, contains enough sauce to easily cook about 8 ounces of noodles… if you simply just want a Thai chicken and noodle bowl.

ButButBut, then you would miss out on some seriously stellar, tasta-riffic, tacos. And that, my friend, would be a shame. The bean sprout and carrot slaw adorning these Thai tacos is spicy, sweet, herbaceous, refreshingly crisp and perfectly crunchy. It pairs with the Thai flavored chicken magnificently. And when wrapped together in a slightly toasted (optional), warm tortilla? A heavenly explosion of unexpected, epic flavor. 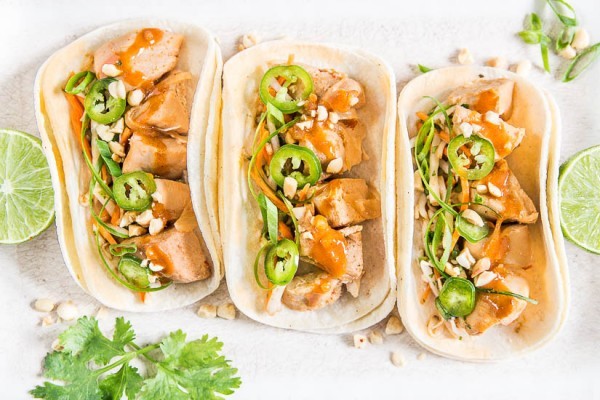 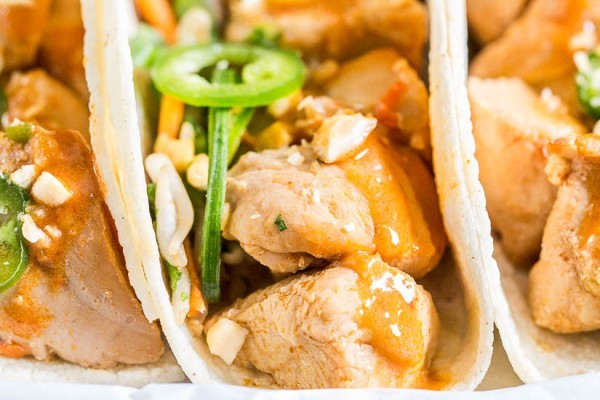 The peanut sauce, and garnishes, are all completely optional. There is enough sauce from the chicken to use for your tacos. But, it is a cooking liquid sauce… so it isn’t as rich, thick, creamy and dreamy as the peanut sauce I have included below. The peanut sauce AND a generous sprinkling of crushed peanuts, pungent cilantro and fresh lime juice combined WITH the Thai chicken-bean sprout slaw taco = Taco Thai Fusion Magic. Aka- Your taste buds WILL be jumping right outta your face from the explosion of flavor. 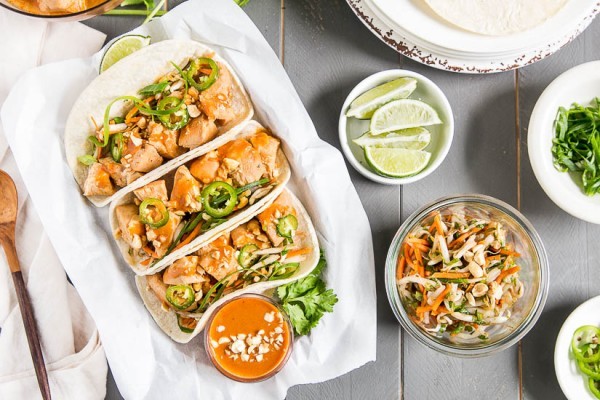 So Do this. In case you need a reason, because you must be cray-cray, tomorrow is Taco Tuesday. These Slow Cooker Thai Chicken Tacos belong on your table, so they can be stuffed into your belly. Both you and your family deserve it.

Until next time, Cheers – To taco-tastic-face-stuffing-adventures. 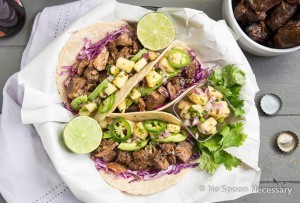 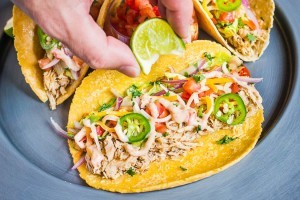 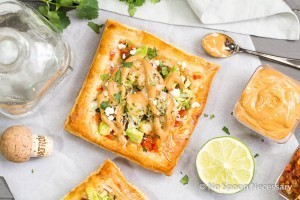