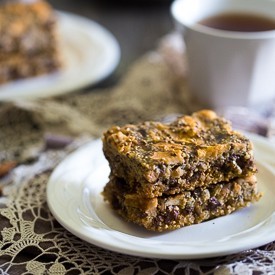 This energy bar recipe is super easy and made in the slow cooker! Quinoa, chia seeds and almond butter make these bars a healthy snack or breakfast!

*if you can’t find toasted almonds, just dry toast them in a 400 degree oven for about 5-10 minutes, until lightly golden brown,
**Don’t skip this step. It makes the bars so much easier to get out.
Store the bars in an air tight container in the refrigerator. 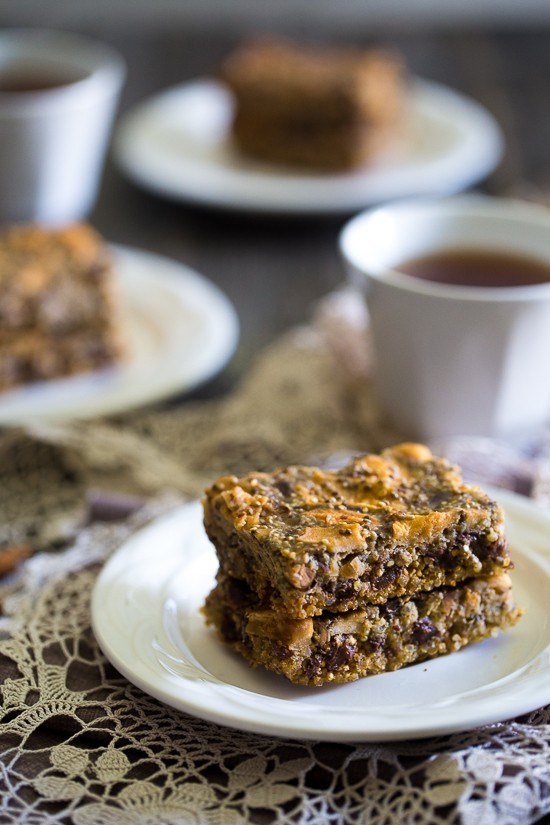 Taylor is the recipe developed and food photographer for the healthy food blog "Food Faith Fitness." She is a Seattle Dweller, lover of health and fitness, a follower of Christ and obsessed with cookie dough, pink & leopard print.