Published by Dianna Muscari from The Kitchen Prep on March 28, 2016 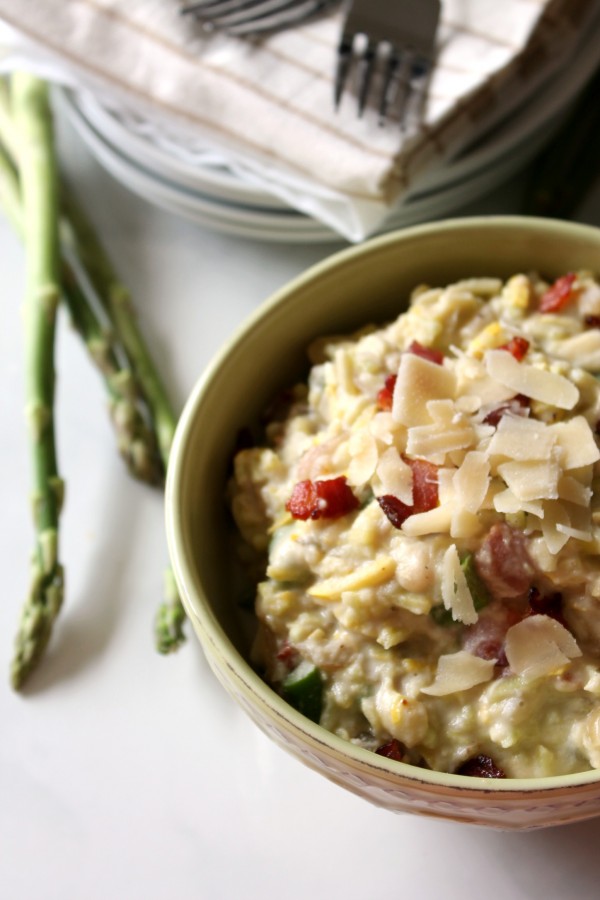 Spiralized yellow squash takes the place of rice in this lightened up version of a classic spring risotto. Creamy cauliflower gives the richness you'd expect in this type of dish without the regret, but the addition of a hint bit of bacon and cheese keep the flavors decadent!

If you don't have a spiralizer, you can simply use a grater or mandolin with shredding option to create squash "shreds", and then chop into "rice" as directed in the recipe.

Parenting is all about graduating to the next stage. So with back-to-school upon us, it’s your turn…
Share your story